The maternal mortality rate has dropped by 70% in recent decades, according to a statement by the Ministry of Health Ethiopia (1).

In 1990, the World Health Organisation (WHO) reported the mortality rate for mothers in Ethiopia was 1,250 deaths in every 100,000 live births. Remarkably, there has since been a 70% reduction, with current reports stating only 353 maternal deaths occurs per 100,000 live births. This is due to the Ethiopian health ministry working together with NGOs to improve accessibility to obstetric healthcare amenities across the country. Hamlin Fistula Ethiopia has played a large role, especially in rural areas where quality healthcare was previously scarce.

Prevention – the importance of a Hamlin midwife

According to the International Confederation of Midwives (ICM), midwives could provide 87% of the necessary maternal healthcare in developing countries.

The Hamlin College of Midwives was established in 2007, as part of Catherine Hamlin’s dream for “a midwife in every village.” Students are recruited from rural areas in Ethiopia to be trained in a rigorous four-year BSc in Midwifery, after which they return to serve their communities. In most cases, they are the only skilled healthcare workers for hundreds of kilometres.

Since 2007, 145 midwives have graduated from the College, and now 65 rural midwifery clinics are staffed by Hamlin midwives.

Through the success of Hamlin Midwifery Clinics, thousands of maternal deaths have been prevented. We are proud to be playing a part in reducing maternal mortality rates in Ethiopia and hope to see these rates continue to decline, so that childbirth is safe for every woman around the world. 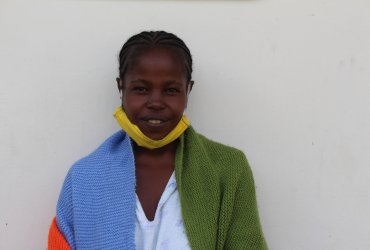 Buritu is from a remote village in Southern Ethiopia’s Sidama region, where she works farming her family’s small plot of land. She had an arranged…

Creating a greener Ethiopia, one tree at a time

This Small Charities Week we are celebrating the BIG impact made by so many small charities across the UK and around the world! Hamlin Fistula…