On Dr. Catherine Hamlin’s 95th birthday earlier this year, Nick Kristof, one of the world’s most respected humanitarian commentators and double Pulitzer Prize-winning journalist, shared a heartfelt message congratulating Catherine on her lifetime of achievements and milestone birthday.

Nick Kristof has written about Catherine and Hamlin Fistula Ethiopia in the New York Times over the years, helping to elevate the issue of obstetric fistula to an international stage.

In 2003, Nick was deeply touched after meeting a young fistula patient for the first time, Mahabouba Mohammed, in Addis Ababa. Mahabouba was sold into slavery at 8 years of age and suffered from an obstetric fistula after giving birth at age 13. In this powerful article he wrote about Mahabouba’s horrific experience.

He has continued to advocate for Hamlin Ethiopia’s work, and in 2014 wrote about Catherine calling her a 21st-century Mother Teresa and noting one of the most striking features of her work was the way she empowered recovering fistula patients to help in the treatment of others.

Nick wrote in 2016 highlighting gender inequality as a major obstacle to women gaining access to quality reproductive health care, and described fistula victims are the ‘’lepers of the 21st century’’ despite the condition being entirely preventable.

In his book with Sheryl WuDunn, ‘Half The Sky: Turning Oppression into Opportunity for Women Worldwide,’ they tell the remarkable story of renowned Hamlin Ethiopia fistula surgeon Mamitu Ganesh. Once a patient with obstetric fistula, Mamitu became one of the world’s finest fistulas surgeons under the tutelage of Catherine Hamlin and was recently named one of BBC’s 100 most
influential and inspiring women for 2018.

Nick has been a dedicated supporter and fierce advocate for Hamlin Fistula Ethiopia. He continues to shine a spotlight on the individual stories of the women Catherine Hamlin has dedicated her life to. As an advocate for women’s rights and an ally to Hamlin Fistula Ethiopia, Nick continues to raise awareness about obstetric fistula and Catherine’s mission – to eradicate fistula forever.

– We thank you Nick.

Follow Nick’s column for the New York Times at https://www.nytimes.com/column/nicholas-kristof

A message for our Knitters – Covid-19

Because of the global Covid-19 health emergency we are not able to access our UK office as frequently as we would like. Can I ask you to… 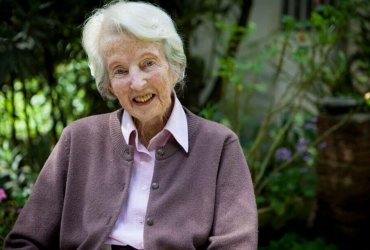