We met Tewe on a recent visit to Hamlin’s Yirgalem Regional Fistula Hospital in Southern Ethiopia, where she was returning for follow up stoma treatment, accompanied by her little baby.

Tewe, 30, is from the tiny village of Gofa in Southern Ethiopia, over 300 kms from Yirgalem. She has been on a long journey to regain her health after suffering a double fistula.

Tewe had laboured at home for four days before her family, who knew nothing about birth complications, took her to a government hospital. Tragically her baby was stillborn and she had endured a double fistula. The government hospital did not have specialist staff and she stayed there for two weeks, in agony and leaking uncontrollably, before they sent her home where she stayed for seven months.

Her husband initially stayed with her, but she was so depressed by her incontinence that she divorced him and struggled alone, unable to support herself.

Eventually, she visited a different government hospital and was referred to Yirgalem Regional Fistula Hospital, where she finally found understanding, care and the specialist treatment she so desperately needed. Her fistula injuries were so bad she stayed at Yirgalem for two months while she had reconstructive surgery.

She then spent a further five months in Hamlin’s Addis Ababa Hospital, followed by seven months at Hamlin’s rehabilitation centre Desta Mender. In all this time, no family visited her – the journey cost was impossible for them and she explained to us her friends were the hospital staff.

After her treatment she was able to return home, re-marry and start her own business. She recently became pregnant again and was supported at Yirgalem to receive a safe planned caesarean section surgery and now has a healthy baby boy. Meeting Tewe now, it is clear her life has been transformed and she has renewed strength.

When I found out I was finally cured I was so happy. Now I can dream about my future again 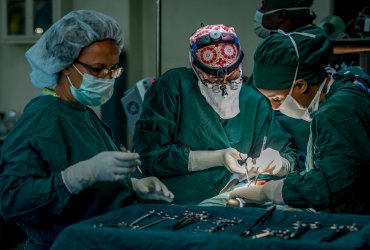 Hamlin Fistula Ethiopia has a long history of training surgeons from around the world in best-practice fistula surgery techniques. Since the inception of Hamlin Fistula… 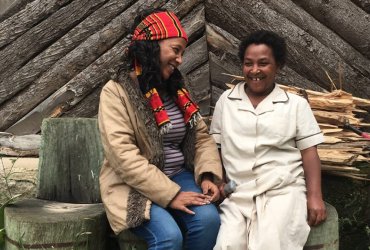 Growing with our patients – developing our rehabilitation and learning programmes

In celebration of International Day of Education on 24 January 2021. Hamlin Alumni Beletshachew Tadesse joined Hamlin Fistula Ethiopia in 2011 as the first Rehabilitation and Reintegration… 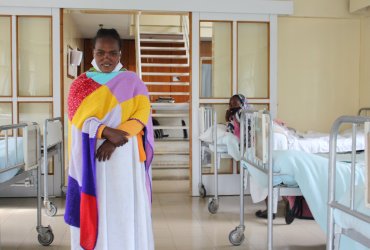 Strength beyond measure: Bayise’s story Bayise, 26, is from Dano area in northern Ethiopia and lives in a rural village, together with her five-year-old daughter….