We are delighted to introduce you to Hamlin Fistula UK’s new Patron, Baroness Tessa Blackstone.

Baroness Blackstone is a leading advocate for women’s health issues around the world and has enjoyed a distinguished career in education, politics and public life. We are honoured that she has agreed to be a champion for our work in Ethiopia and we were keen to hear about her experiences of Ethiopia and her interest in maternal health. Hamlin Fistula CEO Helen Marriott sat down over Zoom and a cup of coffee to find out more…

Baroness Blackstone, we are delighted to welcome you as Hamlin Fistula UK’s first ever Patron. What is it about Hamlin’s work that stands out to you and why have you chosen to become involved with fistula as a cause?

I have been lucky enough to visit the fistula hospital in Addis Ababa twice, and each time I was hugely impressed by the work that was being done there and enormously sympathetic to the plight of women who had suffered terribly as a result of fistula. So, I feel the cause is a very good one.

Ethiopia doesn’t have the network of health services it needs, particularly in remote rural areas, to prevent fistula. One only hopes that in the longer term that will happen because fistula is eminently preventable and today, due to improved health services around the world fistula is no longer a problem for women in many countries. So, it seemed to me when I was approached about this that it was something really worth doing.

Can you tell us more about your trips to Ethiopia?

The first time I went I spent a little over two weeks there, some of the time in Addis Ababa and some in Harar. The trip included visits to a number of health facilities and the Hamlin hospitals were included. The second time was in 2017, I was with a parliamentary delegation which was looking at sexual and reproductive health and family planning.  I was so impressed by Hamlin’s Addis Ababa Fistula Hospital. It had excellent facilities and standards of hygiene and even a pleasant garden for patients.

What do you think some of the biggest disadvantages facing women and girls in Sub Saharan African countries like Ethiopia are today?

Firstly, access to good family planning, this varies from country to country and also varies within countries, according to the region you happen to live in. There isn’t enough access to pre-natal or post-natal care, or adequate facilities for women who need assisted deliveries including caesarean sections. So there is still a very long way to go and Ethiopia is not at all unique in this respect – it is true of a lot of other countries in Africa. However, I would like to be optimistic. Some excellent progress is being made, including a significant reduction in maternal deaths the past decade.

You are currently Chair of Trustees for the Royal College of Obstetricians and Gynaecologists here in the UK. Can you tell us about your work with them?

It’s something I’m very glad to have taken on. Obviously, I’m neither an obstetrician nor a gynaecologist but there as a lay person to bring other kinds of expertise. I’m interested in women’s health and the Royal College is keen to support improvements in women’s health outside the UK. They have a large number of members in countries outside the UK and that attracted me to the organisation.

Dr Catherine Hamlin’s hope was to end fistula in Ethiopia forever. What do you think are the most important steps in realising that dream?

I think it is very important to work with the government and public health system in Ethiopia, because this shouldn’t just be dependent on charitable donations. However hard you work at it, there’s never going to be enough to do everything that needs to be done. Ethiopia also needs a better network of healthcare centres across the country. It’s a big challenge to attract healthcare professionals to work in remote rural areas. Identifying local women who have the potential to be trained and take on this work is important.

What is your message to Hamlin Fistula UK supporters?

Thank you so much for your support. It is hugely valued – and even relatively small donations will go quite a long way in Ethiopia. For example, even a donation of £10 will contribute to supporting the treatment of a woman who is suffering terribly with fistula, but can be helped by  the work the Hamlin hospitals are doing. I’d also like to say to all Hamlin supporters – please make this a long-term commitment and encourage others to do what you’re doing. It will be hugely appreciated by those that are working so hard to deal with this horrible condition in Ethiopia itself. 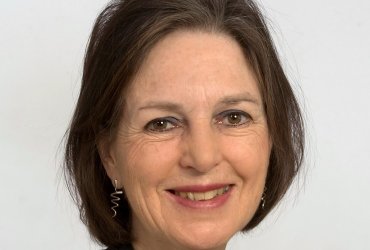 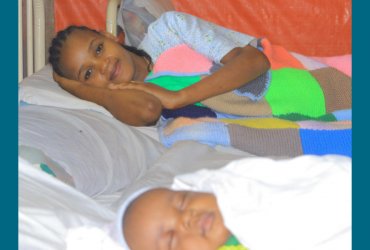 The impact of community outreach: Medanit’s story “I still feel the unbearable pain that I was in during the labour,” Medanit told us, “All traditional… 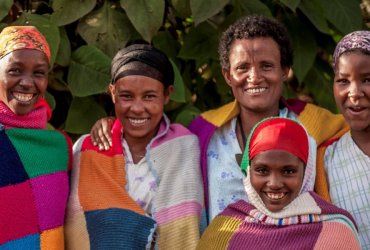 2021 Christmas Message from our CEO, Helen Marriott “Despite the odds, Hamlin Fistula Ethiopia has…navigated the difficult conditions posed by the pandemic through the extraordinary… 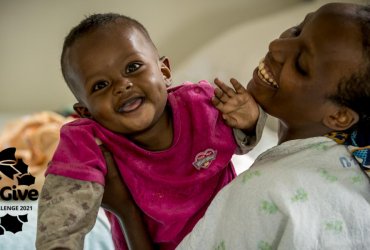